I did it. I went ahead and started a massive project that may change the way you see NWN...well, at least your character in Aenea.

I'm still playing around with 3d modeling (working on those hoods and stuff) and today I finally organized my notes on a new system...for customizing PC head appearances.

Once I finish up with the 108 hood models (12 models x 9 colors), I'm starting work on my unofficially titled Extreme Makeover: Aenea Edition system.

With all my work so far on circles, lenses, hoods, wolf and tiger head hats, and even open-faced helms (didn't know about that one, did ya?), I've come to the conclusion that the huge variety of head models is a cause of too many clipping issues. So, this weekend I'm starting the building of a customizing system around new generic (bald) head models (two per race). The head models will be a base to build up a character appearance on: hair, facial hair, eye colors, ears, headwear, piercings, fangs (for those vampires out there), and even scars. Everything will be VFX based, so you'll be able to layer the parts you want to get the look you want. You'll be able to change the parts so that you'll be able to do things like "remove" your ears so they don't clip through helmets or hoods, or cover the bottom of your face with a bandit-style mask while wearing a hood ("Was that a ninja?" "Nah, nobody ever sees a ninja.").

This system will be optional and limited to characters with the "normal" body type (sorry, but not many use the "large" type and it would double the amount of models needed for everything).

This will, of course, be a long project done along side bug fixes and content additions and school and raising a family, but it's something else to look forward to and figured I'd share my plans with y'all.

Oh, yeah. You can start salivating now. Just use a towel so you don't slip in a puddle and hurt yourself.

I go to community college, and my time is so tight I have to schedule my bathroom breaks.

You attend a university and working on your what, PhD? And you still do this? I need to use your Time Management software.

...Regardless, thank you for all the effort you put into this place! This is another (large) reason I find this place so enjoyable.

Oh and the sweetness continues! Rock on

Oh... why can I see wolfblood PC's getting a little instant wolfy make-over on creation... and Vampires with actual fangs added the instant the subrace is selected, and and and.... so many possibilities open up for PC customisation with this option it's hard to state them all.. ..

And I thought that coming up to two indentical looking PC's ((with the same classes)) in NWN and Aenea was hard enough (barring the clone of crideas seen some time ago!)... now think of the chances of it.. everybody (PC wise) becomes a truely unique individual...

Heh, and I just stumbled upon the download the other day with the horns vfx on the vault and noticed that package had helmets too...

There is no end to the goodness that

gives us with Aenea!

MannyJabrielle wrote:Heh, and I just stumbled upon the download the other day with the horns vfx on the vault and noticed that package had helmets too...

That is the place I found the glowing eyes and horns. I opted not to use those helmets because I didn't really like how they looked in testing.

The helmet's I'm doing will fit a bit more closely and, if I can get the new base heads working properly, without major clipping issues. Of course, using a normal head will be possible too, but there will be clipping problems.

I am just ... speechless at the amount of work you put in this for us. Aenea has become like that great place I used to go as a kid, what was it called? Oh, yes, an arcade! Aenea is similar in that it is a great place to burn lots of time while talking to some great and *mostly* reputable individuals! (No names were named to protect the innocent - wait, this is Aenea - there ARE no innocents!)

, I'm sure that others share these sentiments - I just can't get over the sheer amount of cool stuff that you've done for Aenea! I never played on many servers, but I think that we're the luckiest folks of all to have an

Finally figured out some texture loading and shading issues. Got the first base head done (for human males). 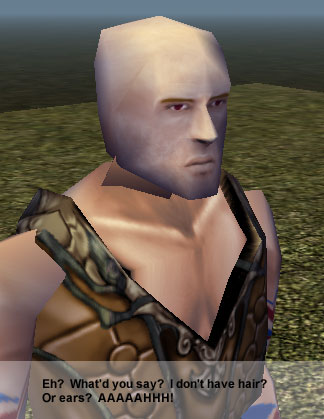 My tummy is rumblin in anticipation! More, Dragon, more! Did I say please?

Thank you for undertaking this,

2nd base head done (human female) and a proof of concept test for eyes. 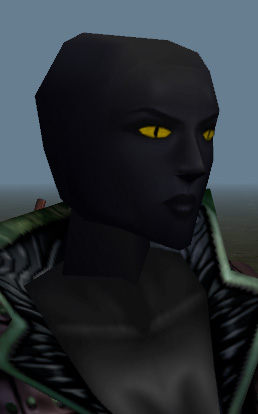 Oooooooh ... can't wait to put a character underneath her!

Sure ya did, lol

Knowing what is in Eric's override folder makes his little slip there all that much more enjoyable... and disturbing

Similar topics
» Exactly how does "Leave a Tip" work?
» Never take ONO as your internet provider if you go to spain...
» What level to gift the palm leaf?
» Tip or Wake, that's The question