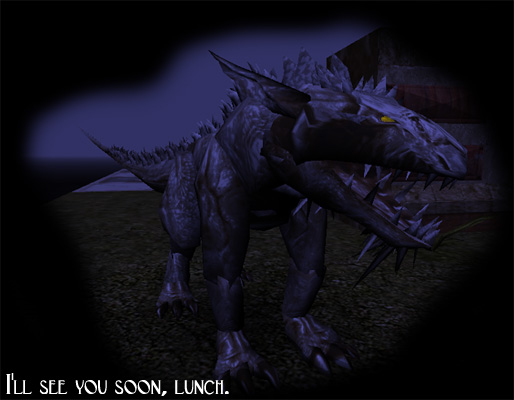 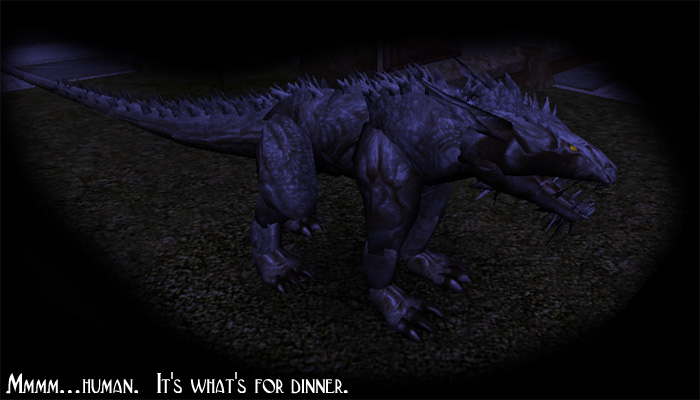 I've been meaning to find a way to add proper Aenean drakes to the game.

In Aenea, drakes are feral, distant relatives of dragons. They can't fly, and behave more like wolves than dragons. They're dangerous predators that will hunt down all wildlife (and any humanoids that get within sight) in an area before moving on to the next place.

These critters are already in the game for random encounters, but for now are using an existing dragon appearance that's as close to this as i could get. I used some parts from that dragon model, combined with a dire wolf model for animations and size comparison, added glowing eyes, and ended up with a proper dangerous beastie.

These guys will be in the next hak update, along with some other goodies.

(Yes, I sometimes have to take a break from doing the same thing every day (such as spell rescripting) so that I don't get burned out.

Nope! Forget I said anything