Just something I'm working on for the next hak update. Project Q has a cool "balrog" model, but I also like the one from CEP that is already in use in Aenea, so I had to extract and rename the Q one. While doing so, I thought to myself, "Why not try and make a new balor from this?". So I did. 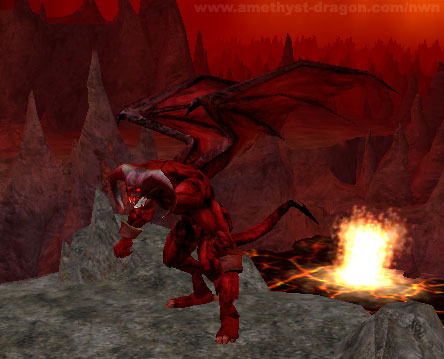 I know, I know. No more flaming wings. But I think it looks a lot better without them. I always thought the flaming wings didn't look quite right (even if the D&D balor is supposed to have them). Well, I guess it'll just another of those things that's a little bit different in Aenea from most other D&D worlds, eh?

Is this going to impact the Balor Shamans, Balor Hunters, Darkfire Reavers, and Balor Nemesis?

This won't affect the Darkfire Reaver (which uses the CEP's balrog model that I do like for the combination of flames, black shadowy wings, and texture work), but the others will get updated.

Random thought: Could this be granted the magma look of the Cinder trolls, so it appears to be more of a creature of smoke and flame, and something that one certainly does not wish to hug?

I dont really mind except for the Nemesis. He wont look right without flaming wings... he is supposed to be nastier looking than the reavers.

The big guy is still a work in progress. I want to add more flames, which show up better against darker backdrops and run down his back to his tail, to various parts of his body...but that's the one that will end up being the balor nemesis....the biggest and baddest of the demons...one that will as likely use other demons as a food source as he is to use them as minions. Also, his double axe will be getting the "inferno" fire VFX for those with NWNCX. 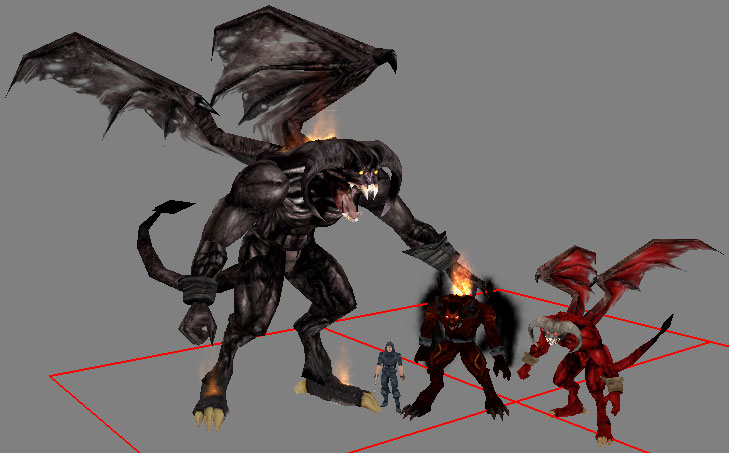 I agree with Dave

Awesome... now if we could just get the xp points sorted for these epic monsters, I think the dark realms would become the goto spot for epic PC's... ...

daveyeisley wrote:I dont really mind except for the Nemesis. He wont look right without flaming wings... he is supposed to be nastier looking than the reavers.

daveyeisley wrote:I dont really mind except for the Nemesis. He wont look right without flaming wings... he is supposed to be nastier looking than the reavers.