Outdated. For the sake of archivization:

[There is a very easily grasping attention note on the board of the Sleeping Dragon's Inn. The handwriting is smooth and extraordinarily attractive, probably mesmerizing to most.]

...of great reward to anyone able to either provide me with anything listed, or a contact information on the whereabouts of someone able to - if they can do so on a short notice.

The items of interest:
*Cloak of Vision


The reward:
In exchange for any of those items, I offer a generous amount of gold, as well as rare and powerful items. There is also a possibility of a custom contract - I assure you I am more than capable in many areas...
In exchange for information, you would be rewarded with either gold or items of lesser rarity.

Contact:
Either leave a reply on this board, or, while focusing on the symbol given below, make an intention to send it your thoughts or imagination - you will estabilish a telepathic link with me.
[write here or simply send a tell to Amaterasu or Shannon Elish in-game] 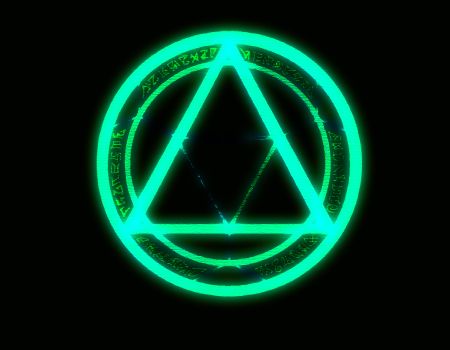 [The symbol is strangely entrancing and glowing with a magical light. It's in the location where normally a signature would be.]

When seeing the new note on the board of the Sleeping Dragon, Anna chuckles to herself amused. "Catchy, I give her that...but, hmm. Ah well, let's see..." She squints her eyes as she narrow in on a few of the listed materials, and then makes a few quick gestures, weaving her hands in an arcane pattern, to silently cast a minor spell, and makes a neat written script appear at the very bottom of the paper. The letters appearing are in a deep rich purple font.


"I hear Entrom of Macedone carry a wide selection of weapon among his assortment of goods. My advice; ask him about your pitchfork needs!

Cloaks and Staffs of visionary powers often are to be found among the ruins of powerful liches; has you the courage to brave the hot desert and meet them in a battle for their loot?

Holy Amulets you should seek in the very Center of the World. go on a trek through a wintry graveyard - bring warm clothes or a good enchantment against cold!

For your belt needs; Dwarves are known for more than being good ale drinkers, miners and metal smiths. Go on a shopping trip to the Forge and see for yourself what they got to offer."
~signed,
Anna

For those with an observant eye and clear memory of the original message, a subtle change has been made to the message since it was created; however, it's nothing which would catch the attention to most who pass by the board.

-List updated, no traces of mention of items already found.
-RP'd with Anna.