I thought I'd take some quick snaps of some of the various places I've been to recently .. here's a few from the past couple of days.

I met some lingering individuals in the cave crypts below Vale's Graveyards .. this one went with a bang .. 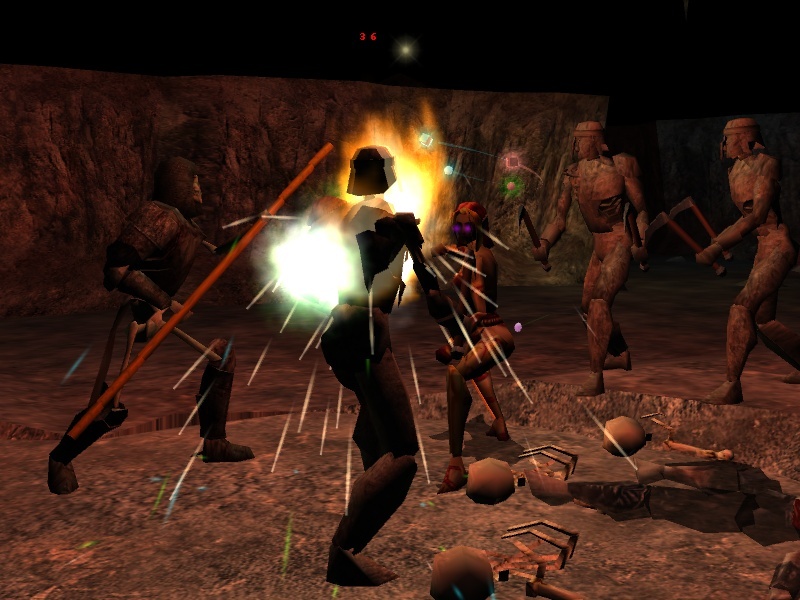 and this one went flying .. 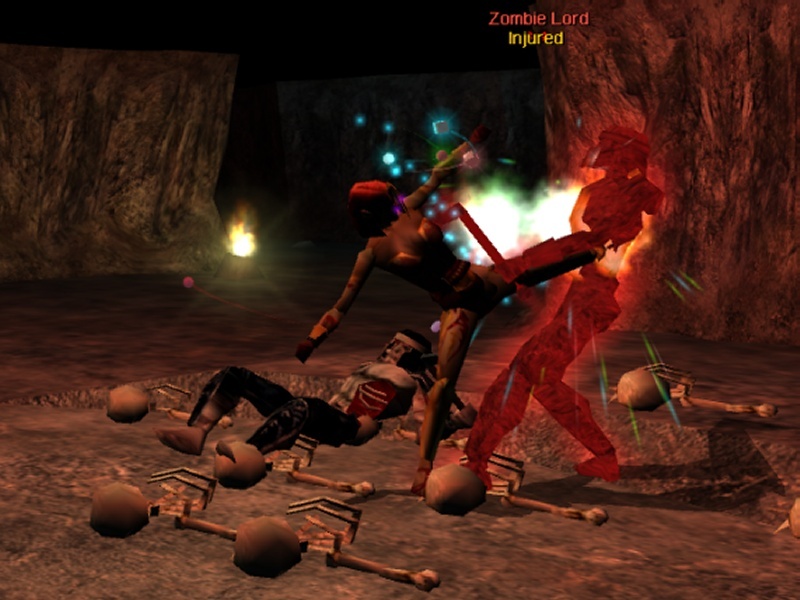 further down, after some disagreement with some horrible little men, I found this creature .. it was quite docile after a while ..
"Lie down! Good Boy! Roll Over! Play Dead! C'mon play .. .. umm 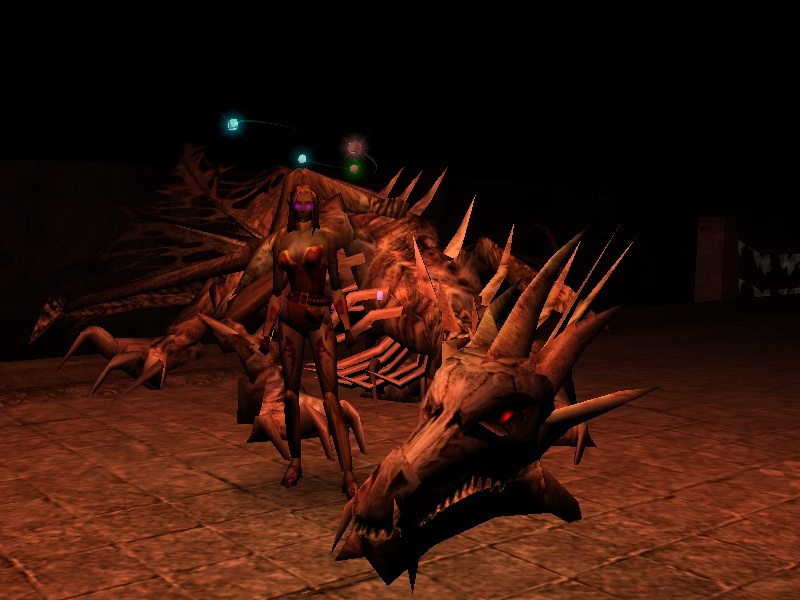 I went back some time later and found that the brute had been 'playing' dead after all! So he got his lights punched out again. 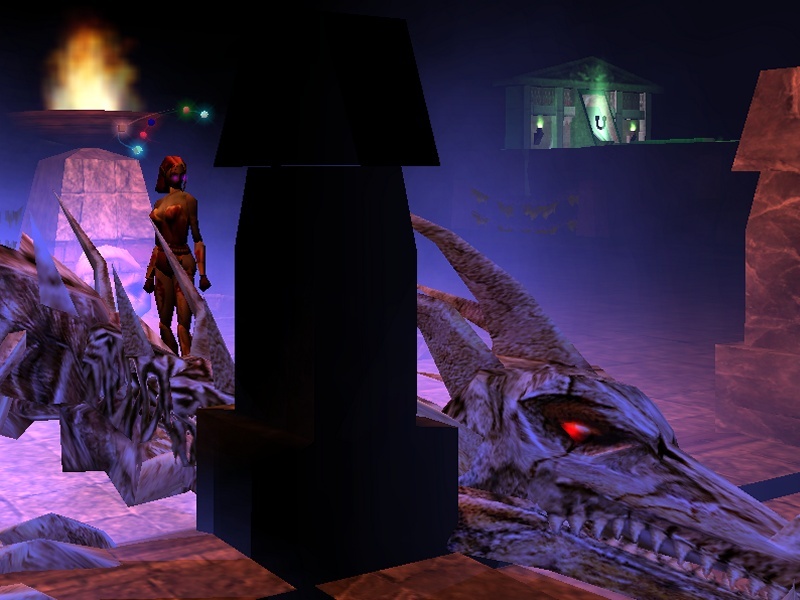 After all that dank cold I needed some warmth .. could have done without the welcome committee 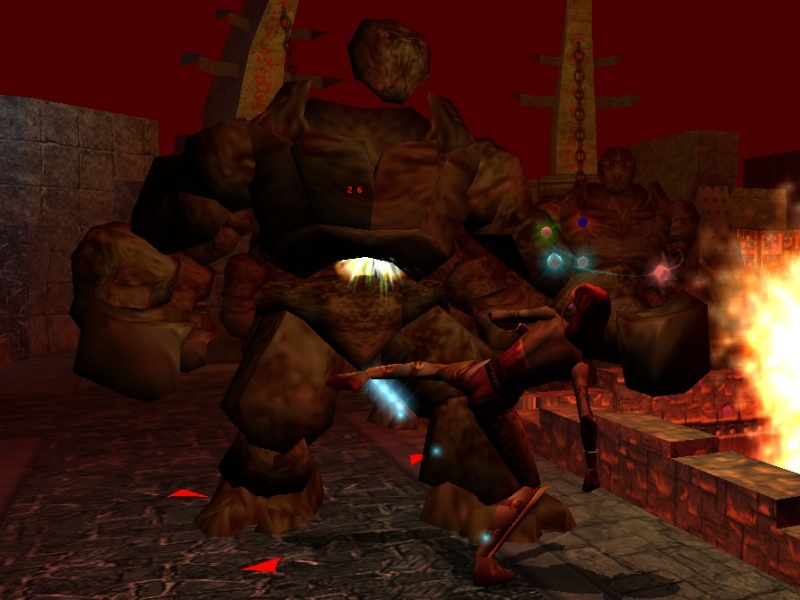 and would you have guessed walking rocks can fly too? 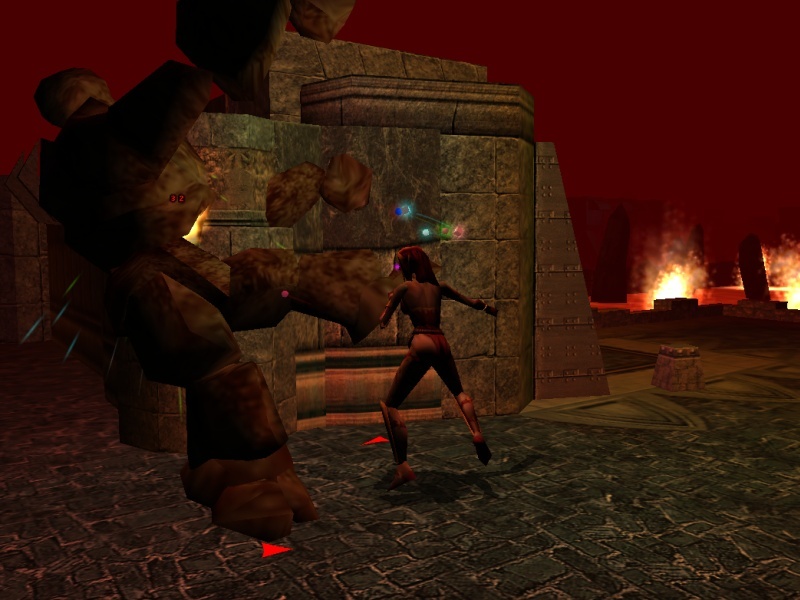 and then there were these 3 big dragons all in a row .. 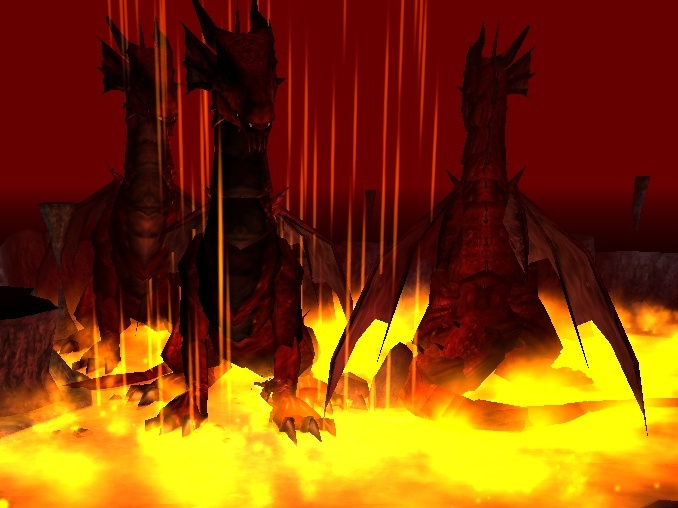 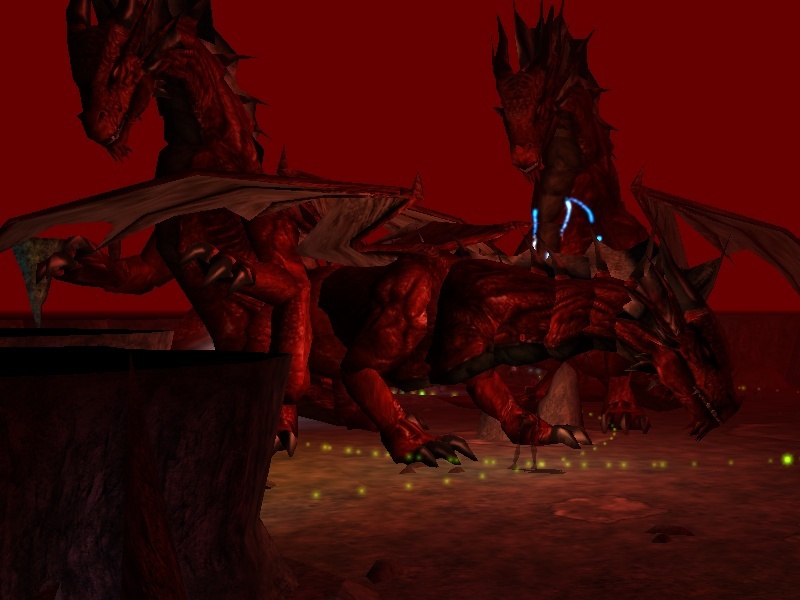 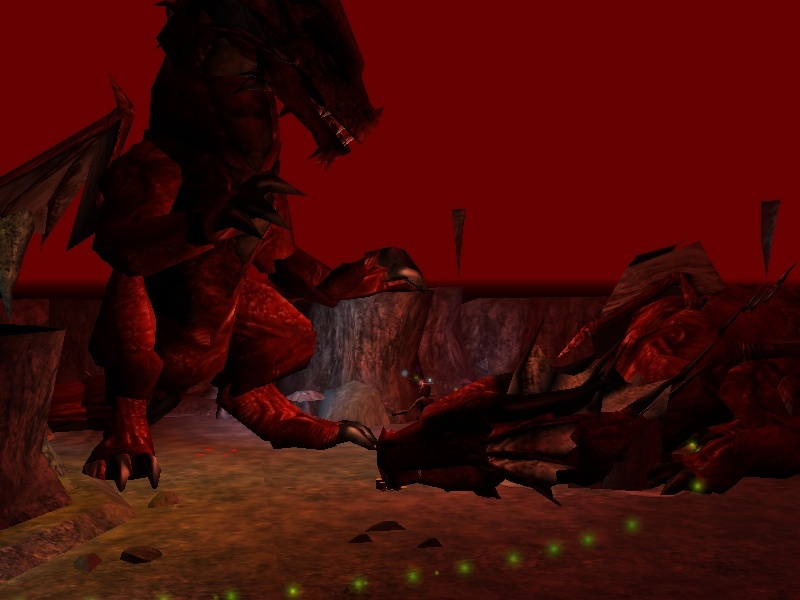 and you're the next to go! Umm, that made him cough. 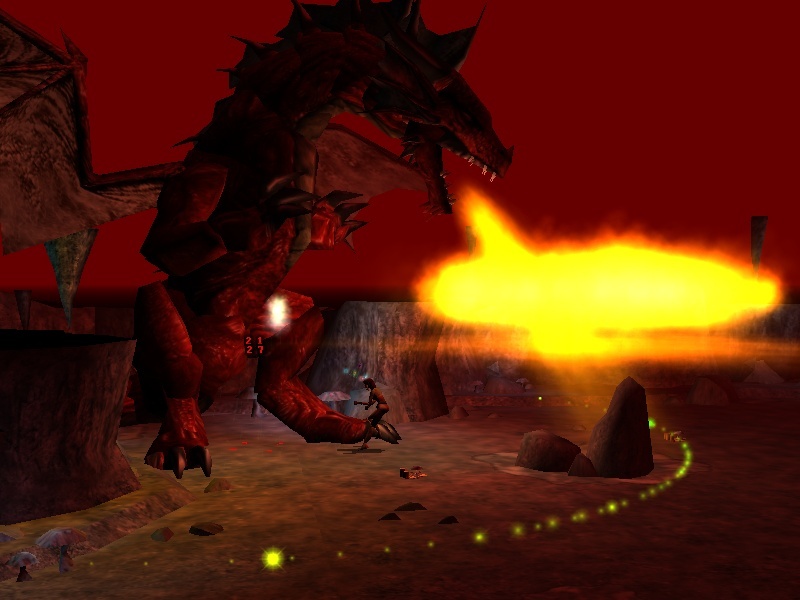 And then there was this curious spot, really peculiar types .. I was waiting for them to start for a minute until I realised they already had! 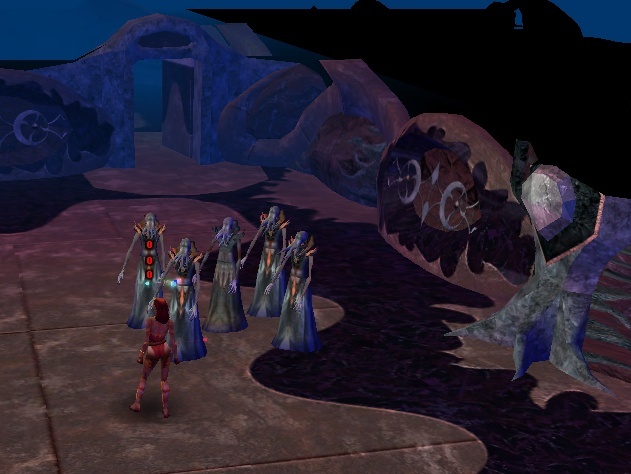 it's like you can really hear them saying .. BRRAAAAINSS ! BRRAAAAINNSS! 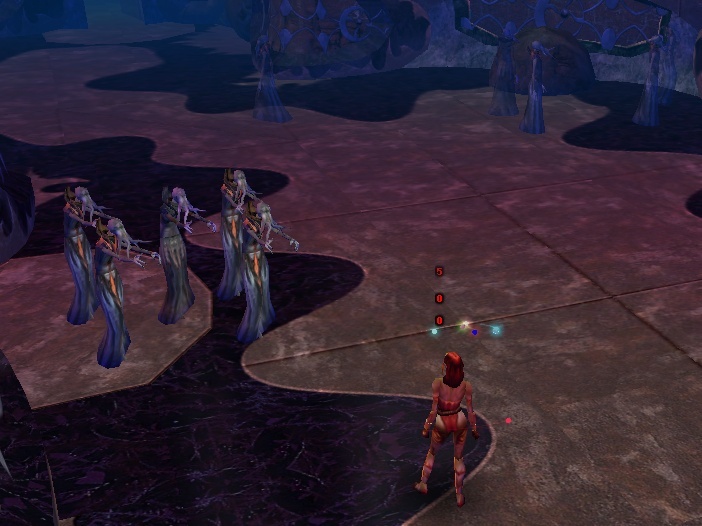 and as for this lot which I came across in company with Shouri Braysin .. this was the start .. 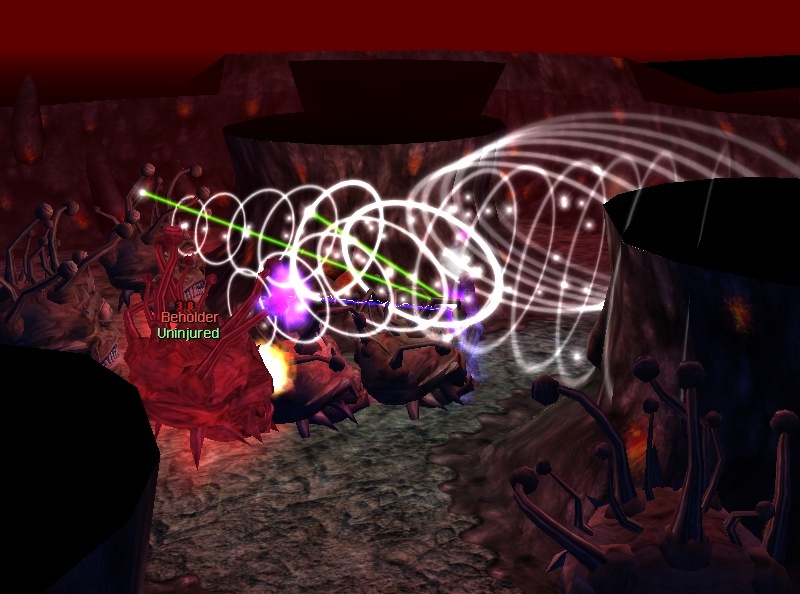 then they put on a proper Light Show for us .. that's me in the middle, the big yellow blob 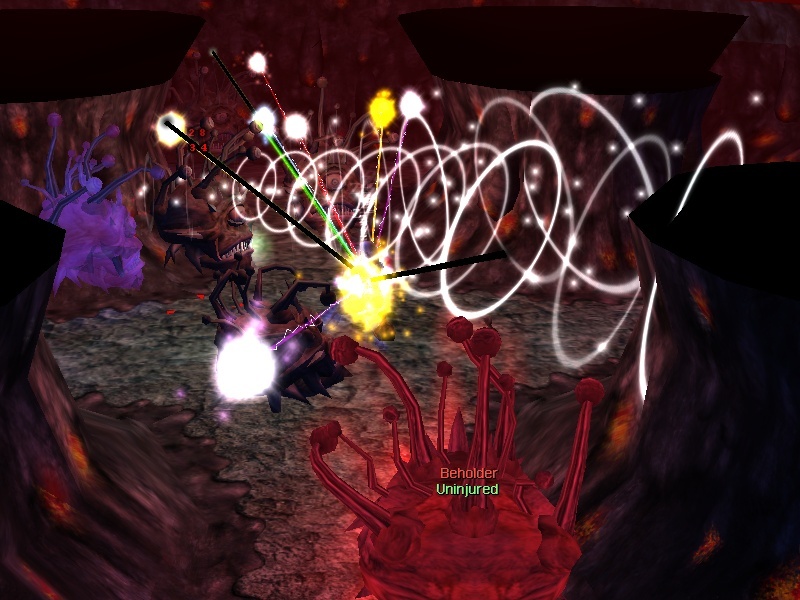 and here's where it ended with His Last Gasp. This one I Dedicate to Shouri (that's her body on the floor) for her superb efforts in clearing this thing's minions so I could get a clear run at him. It all turned out nicely, she had a Gift of Zolaras handy so no real harm done. Umm. Oh, and my thanks to Jinx for the incentive to go try them again after several previous and unpleasant attempts early in my career. *Looks around* Do I get a Little Gold Statue now ? 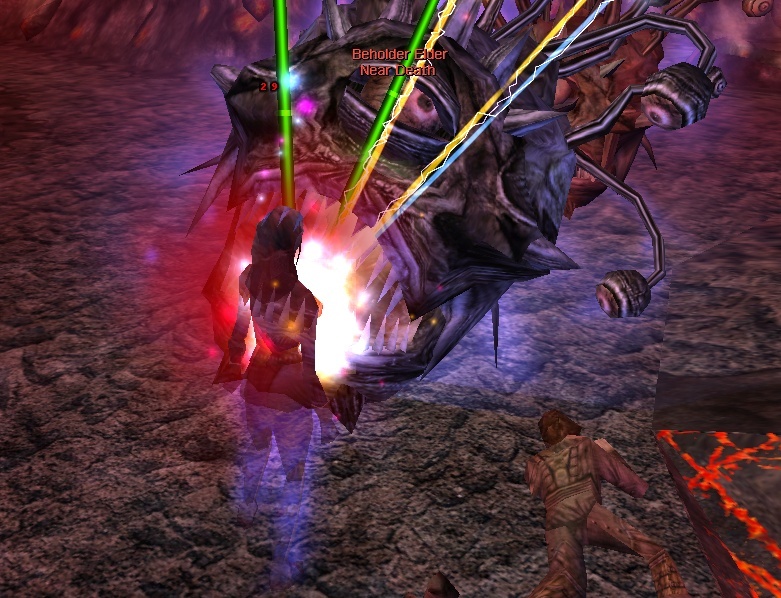 All in all a pretty eventful day out. Maybe I'll have some more soon.

Great Screenies, the full-motion stills of any great adventure....

Wow, this is nice! Very funny some of the comments.