After Reincarnation/Ascension my strength has decreased during both processes. I didn't notice at first after reincarnation but decided to shrug it off until I Ascended to fix the problem. Before Ascension I removed all gear and ion stones hoping to fix the problem, yet my strength was further reduced. My strength seems to be the only stat effected. Moghedien is a vampire and enjoys a +2 to str/cha. The charisma seems to be of level.

Starting stats should be:

Will remain at level 1 until someone is able to help out to make things easy. 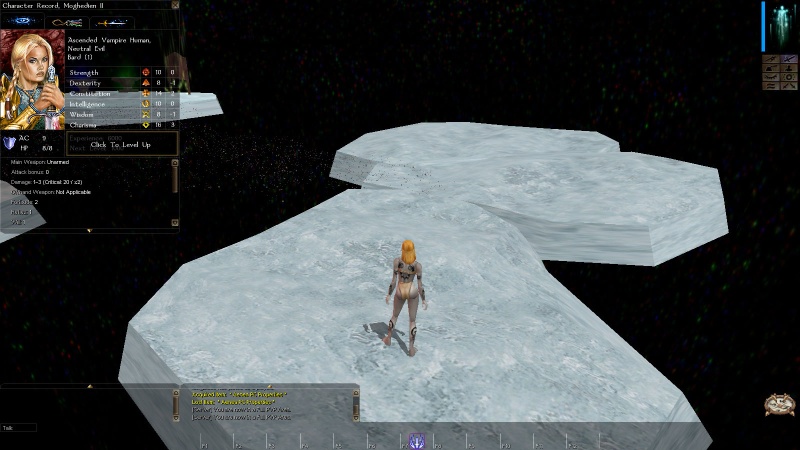 Logged in for the next few hours. Getting some work done and will be around the computer if a DM has spare time to correct the problem. Thanks.

Sorry I missed ya. I have been trying to check for you and Caldor when time permits. Hopefully we will link up soon.

Resolved. I apparently missed Caldor by about 20 minutes

Thanks again for taking time out of your day to log in and get my character situated. Excited for Moghedien's next phase of adventure!