I've been working on this for a while now (you know, since way back on Jan. 25th), and figured I should probably share a teaser screenshot from my testing (and altering, and retesting).

This was taken in-game while playing my fae paladin, standing near the Northwest Road along the woods where the goblins have a cave.

Yes, I've gotten sick of the washed-out, drab, "gritty" look that much of NWN has had pretty much since the beginning, especially in areas with lots of living plants. Such outdoor areas are getting a more realistic coloration overhaul, along with improvements to tree foliage.

No release date yet, but it's getting closer. Gotta work on edge tiles (which I've never touched before), fix some more trees on other non-woodsy spots, and completely rebuilt an existing tileset.

And yes, this entire process started with me wanting to change a single texture as I worked to remove redundant files in the haks (stuff of mine added to Project Q and CEP). 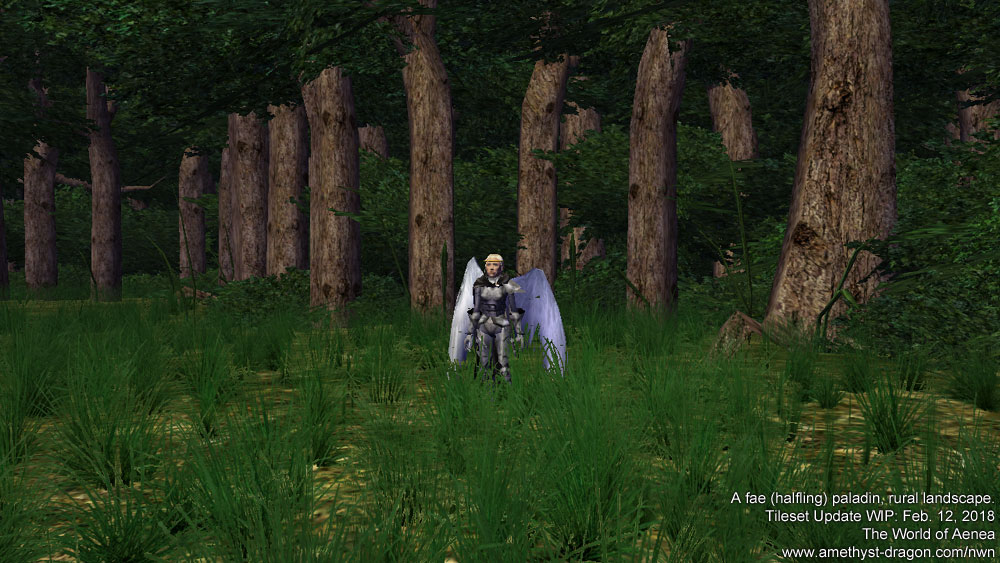 I do have a concern I hope you can alleviate. Pretty much every single one of my PCs is a teleport Junky. They have many, many, many locations set in their tp slots - most of them have all their slots full. I am hoping the tileset update is just cosmetic and will not involve areas being completely replaced (which I believe would invalidate the tp slot data for every PC that has a slot bound to them)?

Oooh, a valid concern, daveyeisley, as I too use those tp jaunts quite frequently! [kinda wish we had more than 40 slots, y'know?]

Eric of Atrophy wrote:Oooh, a valid concern, daveyeisley, as I too use those tp jaunts quite frequently!  [kinda wish we had more than 40 slots, y'know?]

Wait...Don't we have 50 slots for teleport locations?

Anyways, liking what I've seen of the additions to the scenery. Well done

buddha5442a
Player with Too Much Time

As I recall, only certain classes may use 50 slots; pls seek confirmation.

Sorcerers and wizards (who can actually cast teleport) get 50 slots, everyone else has 25.

And yeah, practically everything 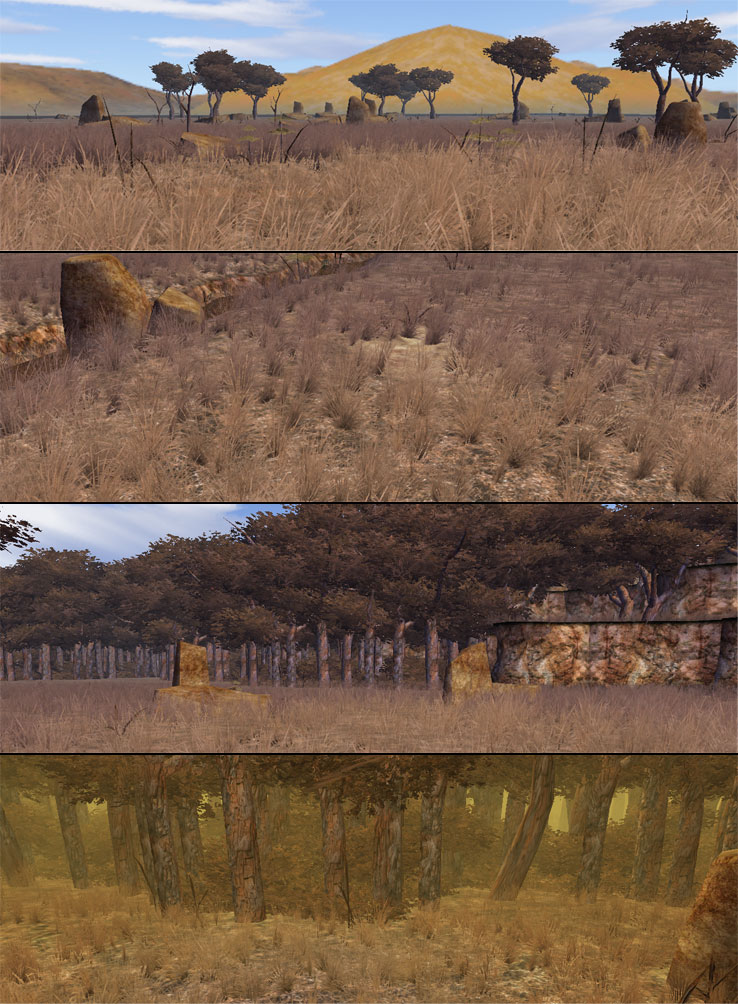 Exciting to see a visual quality update like this to parts of NWN that have really been neglected (due to the amount of effort needed I suspect).

Area loadscreens are a pain to make. Not so much the making, but the taking of screenshots...and the waiting to take screenshots (due to time of day and sometimes weather).

Between last night and this morning, I made 30 new ones. As an example, Tradeholm will be getting its own loadscreen image.

Ooooh, this is looking real good,

! Thanks for your work!

That is just badass. Looks great in-game too

Changed my mind on the base ground texture again today, so had to go back and re-update 45 texture files. Now the ground blends better with the vertical grass. Of course, this means I'm going to have to go back through and completely redo at least 20 loadscreen images I just made the other day...

I'm going to have to end up redoing several of the skyboxes. The one here at Mountainholm Castle is particularly pixelated. I'm also going to experiment with a different method of handling skyboxes to see if I can improve things in a different way. 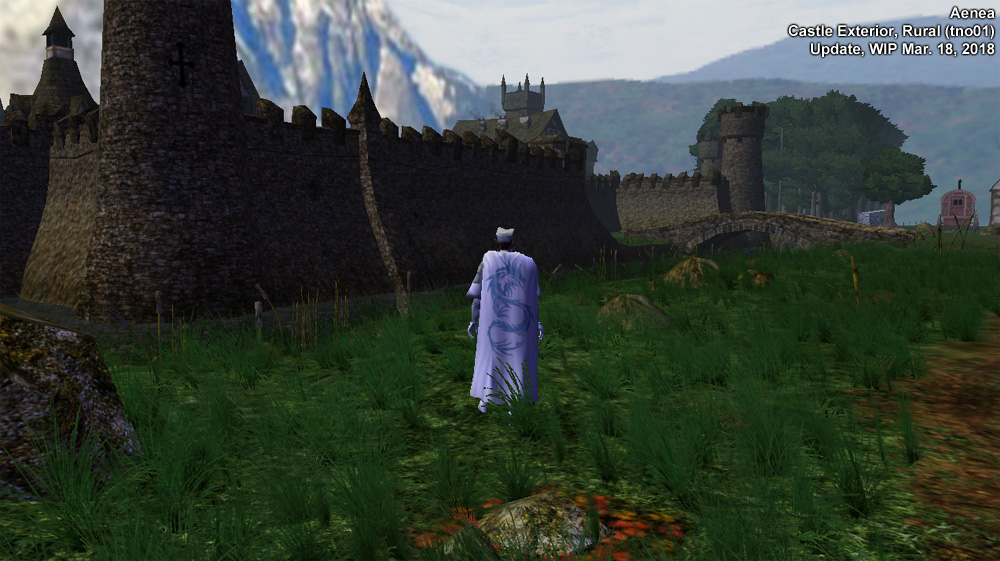 That screenie is gorgeous. If you manage to depixelate the skybox, it would be amazing!

Wow. I never had a chance to see these in-game. Must've been grand, as all that