New Windows 10 updates/patches were released yesterday. I am aware of at least one person whose computer had issues after installing the update referenced in the subject line.

Only computers running Windows 10 Version 1607 are affected. This is the new 'anniversary update' version of Windows 10.

In the window, the 'Version' field will say 1607 if you have the anniversary update - as shown here: 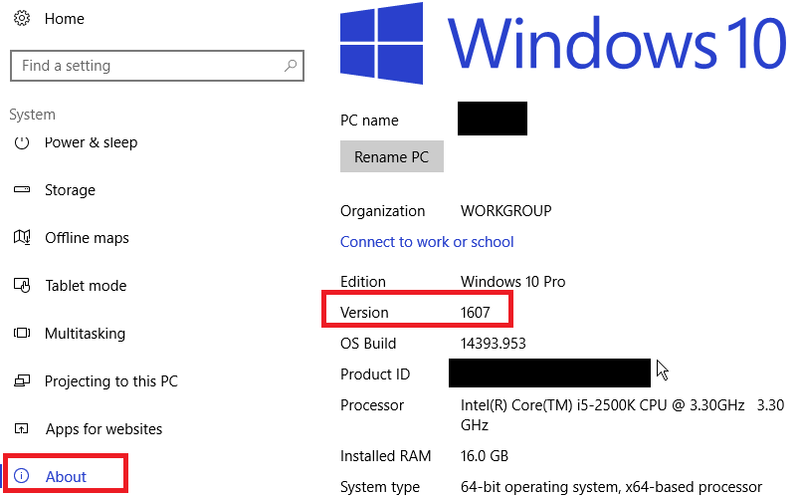 The exact symptoms were after entering the NWN username and password, connecting to the server, selecting a character and clicking 'Play' - the loading screen progress bar would take *forever* to make progress. Loading the astral conjunction was taking over 15 minutes (and still didn't finish).

I am not aware of a permanent solution, but for now, the fix used was to go to Start > Settings > Update & Security > Update History > Uninstall Updates, and then uninstall KB4013429, then reboot the system (this process took about 20 minutes give or take).

Note: on my system, I did not have the problem after installing this update, so not all PCs with version 1607 may be affected.

Eventually I imagine this update will need to be installed on all Win10 systems, so unless it gets yanked by Microsoft the problem may recur later. It is possible in the case that I ran into that the problem was simply that the update did not install correctly on the system, and removing it and reinstalling it may correct the problem - but I cannot confirm this.

A semi permanent solution to prevent the update in question from being automatically re-installed:

Microsoft made a downloadable tool that can allow you to 'hide' an update so it will not be auto-installed: