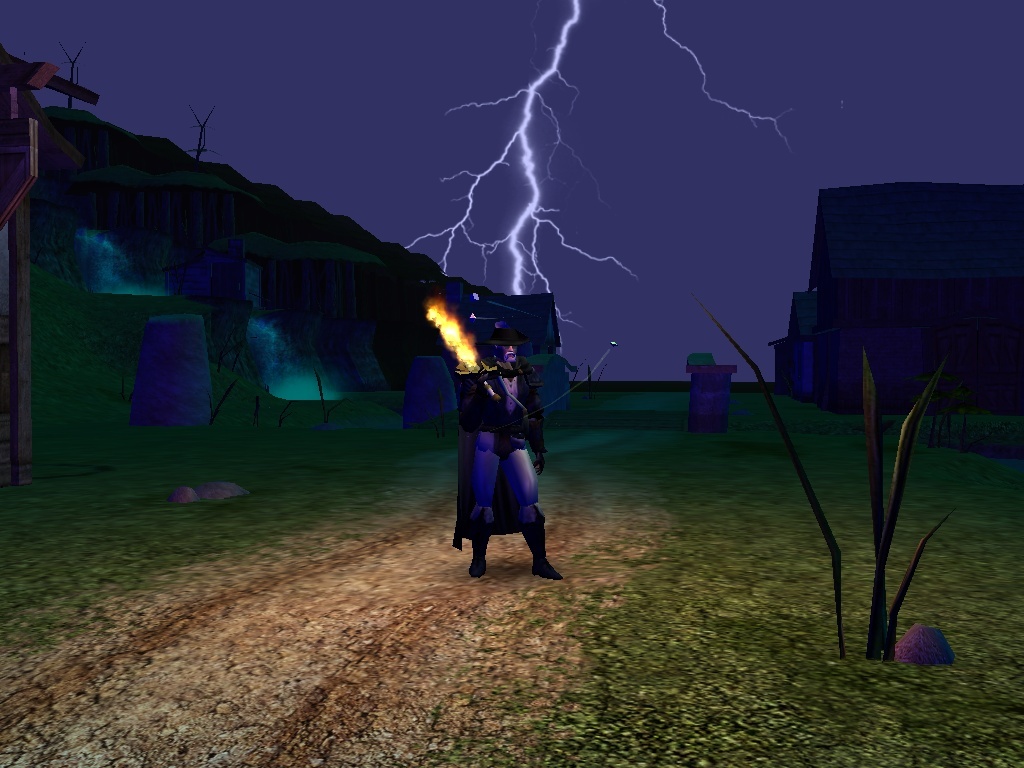 Alastair, with the reforged sword, Ember.

In the category of things I didn't think I'd see in my lifetime...

I just gave up due to lack of clues and tedium...

Ember the broken greatsword .... well done finding and reforging all the parts to that one !!...

I gave up on that one as well. Good job finding all the bits!

Well done. One of the many things the exist ,but I had no idea where there until someone told me. Although I have yet to find a super awesome long sword that I can use in eveyrday combat (not just for face smashing Gron).

The ember sword itself isn't spectacular at all. +2 enhancement, some fire damage... The puzzle has been around for ages, so the sword itself hasn't gotten any attention... might suggest it get tweaked up a tad (It's a bit harder to acquire than a flaming greatsword, should be a bit better than such IMO).

For longswords... soulfire warrior's good, but requires 10 levels investment to get the fully powered blade. The orcfell blade is cool though, although it's only for orc-bashing. It's nice though in that it powers up kinda like the soulreaver (but much faster, not as much, and only powers up when hitting on orcs for damaging orcs)

Oh, and nice work capturing my lightning in the background.

That graphic was made from a photo I took of actual lightning. Amazing stuff, that electricity.

I like interesting items too. Like Farfen's Bluefish Ring (or something along those lines) That's an awesome item, just because it's so different. It's why I pick up every one I can find

Prestidigitation is also a neat, but nearly useless, item that I like.