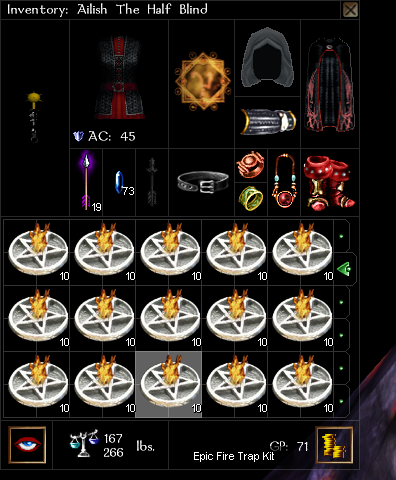 Hmm.. Mace of the three suns, Belt of mountain giant strength, silverstorms mystic shield, bracers of the focused fist, ring of (lesser) power, ring of +5AC, amulet of +6/8 con, shadowed hood.... and then some custom items ?( the armour, cloak, boots, arrows and bullets .. ??)

Yes, look at the boom, not the stuff worn (and only the boots are voucher. Several of the other items are appearance crafted 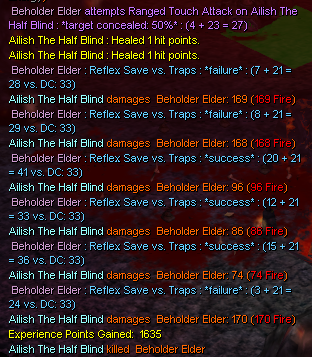 And a beholder elder going BOOM from fire traps!

So, even though mom AND grandma Aerith AND grandpa Al AND Grandpa Alex AND aunt Ari AND Aunt Autumn told Ailish NOT to go playing near orcs... Ailish went and snuck away to play near orcs anyway!

She ended up in this BIG ugly castle, and there were lots of mean orcs there.  Even this one really big one.  Ailish said Hi! but the big orc tried to hit her.  She ran and he followed.  Ailish lost the big ugly orc in one of the side hallways.

Ailish snuck back to the big orc's room, and decided to be mean back and set some traps around the big ugly's chair..... 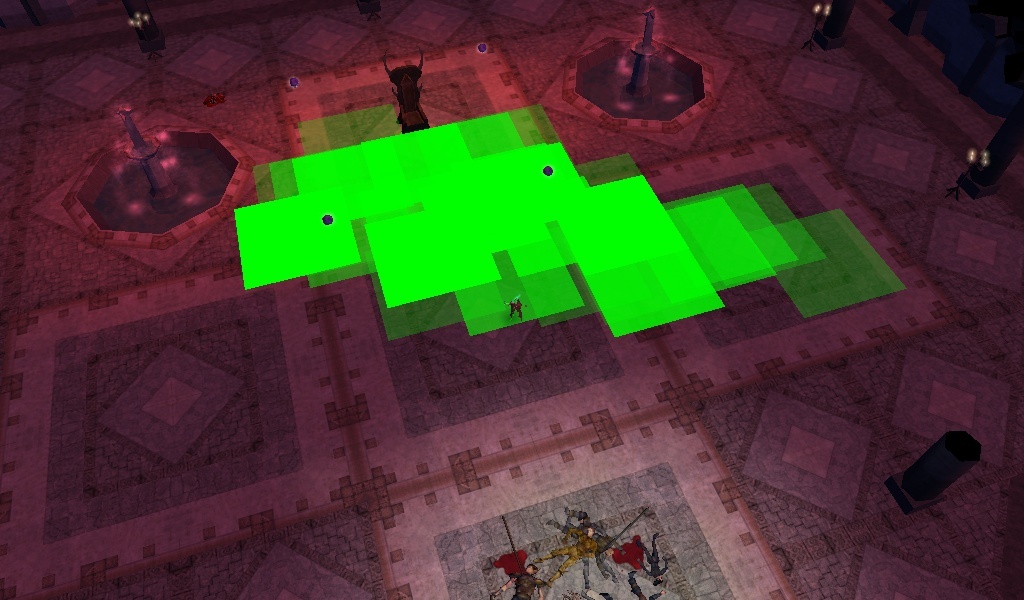 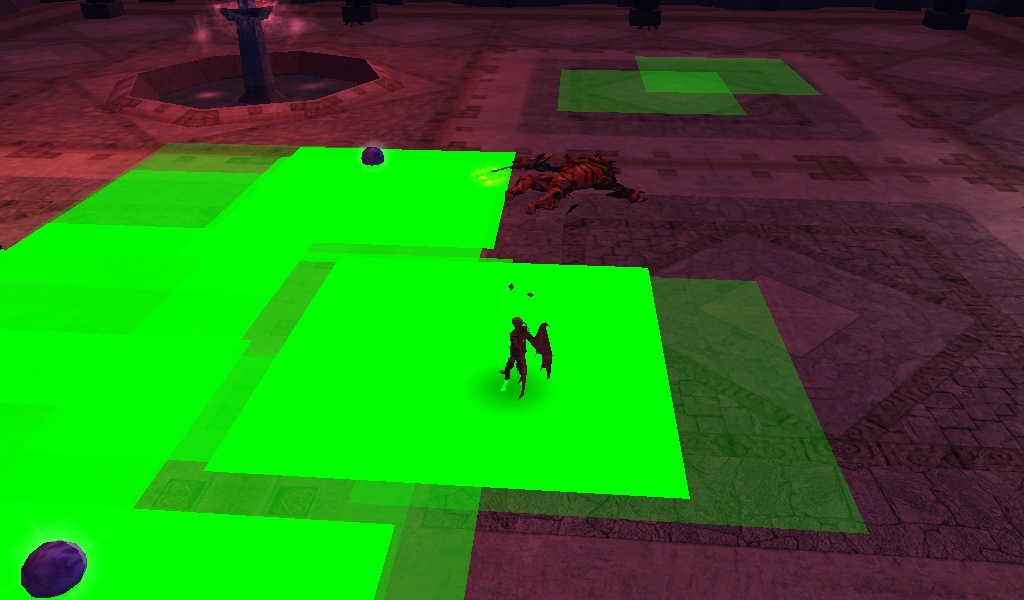 [Gron did not survive the epic BOOM!, plenty of traps left over] 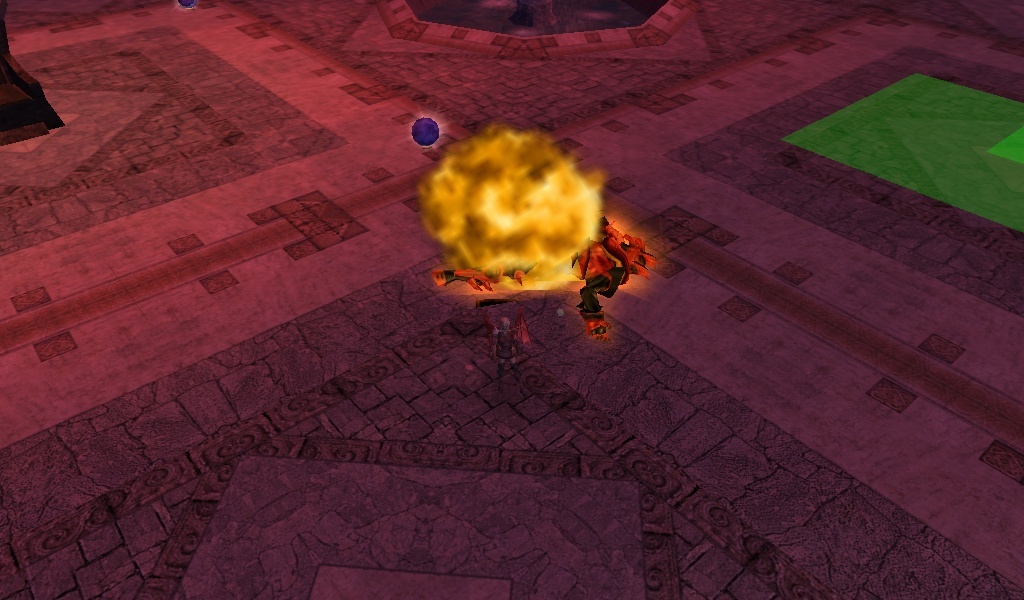 After the big ugly orc fell down, Ailish decided to set him on fire, teach him to be nice to little girls from now on.

Scary, and yet, hilarious. 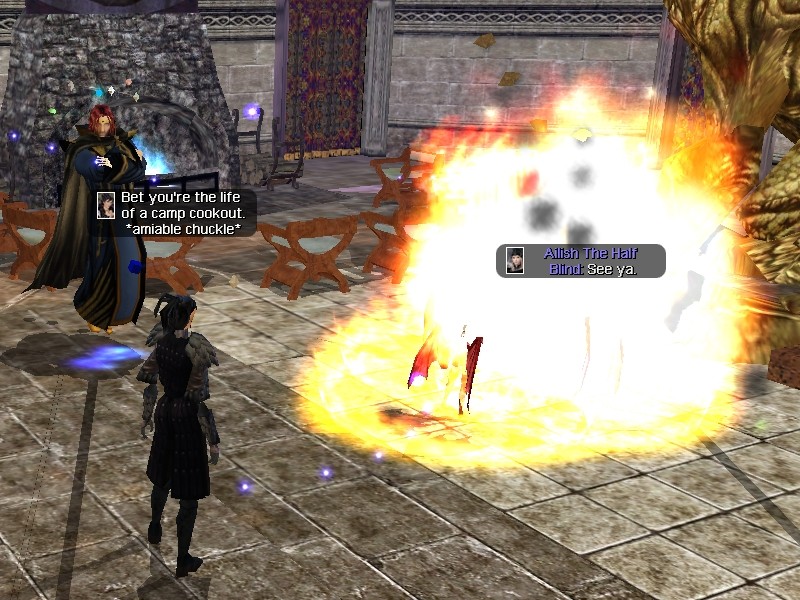 Number of posts : 1047
Age : 62
Location : Earth, Sol system, in the Mutter's Spiral galaxy
Main Character : Ramana Domefarar -
Publicly a Ranger, privately an Opportunist.
Lay Follower of Jewel,
Sensate and practitioner of the Way of Pleasure.
Other Character : Ranara Duauth -
A being created by shadow and water, a wizard.
Is actually another persona of Ramana.
Other Character. : Dae, the panther,
companion to both Ramana and Ranara,
and the best real eye-witness to the
strange circumstance of those alternating personae.
Other Character.. : The Personae of Ramana Jala
NWN Username : Ramana Jala
Time Zone : US Eastern Time
Registration date : 2011-08-29