A Hint of Things to Come...

A Hint of Things to Come...

With the 1.69 NWN patch due out sometime in the near future, it's time to turn to adding things to Aenea for future use (since it will mean a new hak file to incorporate the changes from 1.68 to 1.69).

I'm going to start throwing out a few things to show some of the ideas I have in the works, starting with my first custom modeled (rather than just reskinned) creature. This one will be the basis for adding the spell tenser's floating disc! 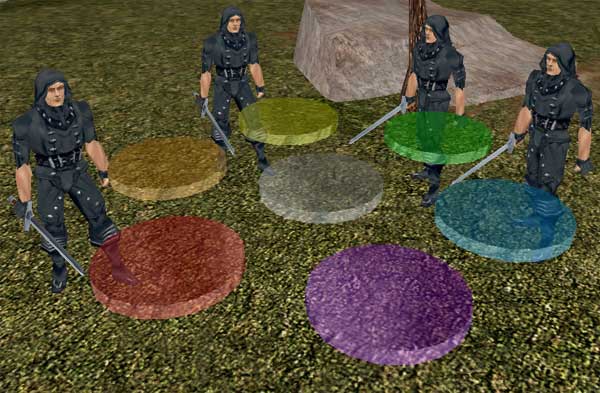 Sweet Jeebus! I don't know how this will or could be used in game, but I have a couple of ideas. :-)

I didn't know that there will be a 1.69 patch. That's pretty awesome that NWN is still getting support after all this time...it's practically unheard of.

The spell tenser's floating disc is a utility spell from D&D. It conjures a hovering disc of magical force that follows the spellcaster around so he can put stuff on it (like loot from a dungeon). Kind of like having a magical pack ox that is temporary but can't be killed (it also won't attack your enemies like the ox does).

The 1.69 patch is the last official patch to NWN from BioWare. It's going to have a ton of new functions and content (like rideable horses, new scripting commands (for me), new tilesets, new items, new monsters, and more). I will be using the setting to automatically give full hitpoints at level up

New Spells in the works:

Contingency (from a suggestion) <Sor/Wiz 8>

**raises fist in the air with fingers arrayed in "rock on" symbol, and headbangs furiously**

The Amethyst Dragon wrote:New Spells in the works:

Contingency (from a suggestion) <Sor/Wiz 8>

Spell Trigger (from a suggestion) <Clr/Drd/Sor/Wiz 7>

by the way, out of curiosity...

for tenser's floating disc... the disc will not count against the "only one summoned minion" limit, right?
Familiars dont, and my personal opinion is that because the disc is a non-combatant, it should not either.

Also, a quick suggestion, having the disc last 24 hours regardless of caster level would probably
raise the appeal of the spell, too... sort of like the summon creature spells... of course that raises
an interesting question about resting... does the disc unsummon, and you have to pick all your stuff up,
resummon it, and then put all the stuff back into/onto it? Or will it last thru resting like the familiar,
without a duration (probably a better idea now that I think of it)...

Im betting you already thought of and decided on both of these, and are probably
thinking to yourself "Why doesnt this guy give me any credit?".... but Im just making sure....
sorry *ducks*

Also, I wanted to appluad your decision to at least make spell trigger available to Clerics and Druids.

That was a very wise and considerate decision. I know that many of my suggestions have and will influence the balance to favor wizards. I am levelling a barbarian to familiarize myself more with how the focused melee characters experience aenea, and i will likely have input on that soon...

disc and minion limit: According to the script, it's not actually summoned. It's just added as a party member after it's created. So you can use it at the same time as your summoned monsters

Ok, so tenser's floating disc is now in and functions.

A couple more spells on the list, then I add some 4-legged animals so PCs can do this: 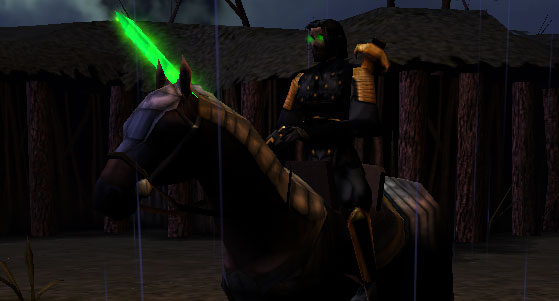 Let's see...horses in, contingency and floating disc in...

spell trigger is still in the works...

The newest big project for me: overhauling the hak files and downloads

After being online for more than 2 years with new haks everyon once in a while to add new content, the list has grown to 12 Aenea haks (available in multiple downloads...very confusing) plus the CEP, plus the CCP.

I am currently sorting through the contents of the Aenea hak files to remove redundant resources (over 800 so far), then I'll be reworking the resources into fewer hak files (with new file names) while updating some of the content, then packaging it all for easier download and updating.

This is a project that may take a week or more, depending on how much time I get for sorting, testing, updating, upgrading, etc. Once I'm finished, I'll put the new hak files online at least a week before I change over, so everyone has plenty of time to get updated while still being able to play.

So far, not counting the older tilesets in AeneaResources06.hak (which will take the most time to sort through), I've got 16,752 files (557 MB) after getting rid of a bunch of older redundant files.

I ain't exactly sure I understood everything wut ye said there... (durn folks with book learnin).

However, if'n all that fancy talkin were meaning that sometime in the future folks could go to that there warehouse wut were called NWVault and were gonna see one single option wut were labeled "Download This Here Single File Ter Adventure In Aenea" then I'm all fer wut yer up to.

....well that might be a little over simplified... but... have ye seen the confusin offerins o' some folks wut use that there warehouse, it were nothing but a giant discomboobulated mess it seems, at least they's could writ down better instructions... sometimes I thinks them lads/lasses should get regular folks (wut were learned by their ma and pa) ter writ down their descriptions fer them.

Well that were me 2gp's worth.

Myd-Nyt
Player with Too Much Time

In the midst of doing content updates for the reworking of the hak files (figured I'd fix some things since I'm updating stuff). I haven't been in the toolset (or forum) much the last few days since I want to get this out and available for download a week before I switch over.

For those that are interested, here's a bit of what's on my plate in the last couple of days:

ioun stones - new visuals...the bright balls of light are getting annoying, especially with everyone and their step-brother running around with six going at a time.

item icons - some gloves and bracers getting proper transparency, some weapon blades getting better icons

wands - improved transparency on some of the "wrapper" effects

rods - lots of new parts, just like with the wands recently (done with the tops and some middles so far, so almost ready)

A couple of preview pictures of some stuff I've added for the hak update next Friday...

Similar topics
» Tavern Hint
» Helpful Empowering items hint.
» One of these things is not like the other ... well, ok, they're mostly alike ...
» Sometimes I hate discovering new things...
» Things that stack