Like other tradeskills, this one will be percentage based rather than d20 based, and will have a chance to improve with successful uses.

When it goes online, I'll post a full list of alchemical products that can be made, along with the reagent(s) needed to make them.

The process will be fairly straightforward:
1. Go to an alchemy lab and find an alchemist's workbench. (Bluebeard will be adding one in the Vale).
2. Put the required reagents into the workbench's inventory.
3. Input the correct VC command.
4. Take finished product (or any possible leftover reagents on a failed check) from the workbench.

On a successful check, all the reagent(s) will be used up and the finished item will be in the workbench's inventory.

Difficulties will be based roughly on the value/use of the finished item...d100 + alchemy skill to try to beat difficulty percentage (just like other tradeskills).  Lowest end will be at 10 (for something like a warming gel made from the belly of a fire beetle that provides cold resistance 10 for 1 game hour) to highest end of 100ish (for a few more powerful items like a new weapon enhancing crystal that can add on-hit stun).  Gnomes will get a +10 bonus to their checks (the lucky buggers have always been considered better at alchemy).

I've done the coding for the entire process.  I just need to add the rest of the products, difficulties, and reagents for many of the items that can be made (I've got 8 done so far).  I also need to wait for a hak update, since some of these things will be using items made with new inventory icons (modified with ones swiped from a website for the newer Neverwinter MMO).

Such crystals will be getting updated with new icons and a different base item type (so they stack in inventory, taking up much less space).

Some of the products will actually be reagents that can be used to make other items.  For instance, making an Elemental Crystal of Air (from essence of air), that is later used as one of two reagents to make a Crystal of Frost for adding 1d4 cold damage to a dagger.

I'll be adding a few more alchemist labs (and some NPC alchemists that will sell some of their supplies of reagents to other alchemists) to several towns once the first is up and running.  Some of the reagents will be found as spell components that wizards also use (such as sticky seed pods and crystallized acid).

Yup...inspiration hit hard last night along with much of the coding, and then Photoshopping to go with it.

We get to make and customize more stuff

.... ... ..
My "wife agreed one hour to myself each night" goes by quickly when I have to spend most of that time cleaning, washing up, hoovering, making tomorrows lunches, walking the dog and feeding the newborn... hey wait a minute, do I actually get an hour to myself?!?!?!

I was just thinking about something like this ... I am sooooooooo glad that this is coming .... plus it means an update to the vc list, too! Dragon, you never cease to amaze!

"Why, yes, I did make a crystal of smoke and use it on my dagger.  And my player uses NWNCX, so I can see it." - Dradoc the Fogsighted, wizard and beginner alchemist 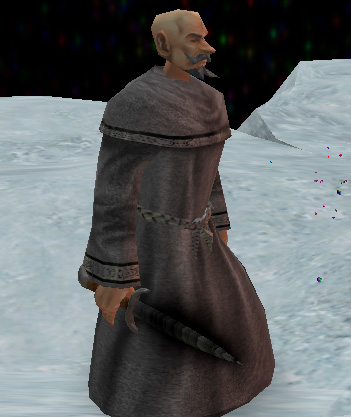 A tip for those looking to make elemental crystals...with empty bottles in hand, seek out elementals to gather their essences.  This should work after you've improved your base Alchemy skill by at least +1% (so start with easier stuff like alchemist's fire and acid flasks).

Can you clarify the process one would use to gather elemental essences from defeating elementals?

daveyeisley wrote:Can you clarify the process one would use to gather elemental essences from defeating elementals?

1. Do alchemy until you get at least one +1% improvement (gnome bonus doesn't count here).
2. Carry empty bottles (the same ones used for potions) in your inventory.
3. Fight and defeat the standard types of elementals (air, earth, fire, water).
4. Do alchemy.

There's a 15% chance on killing an elemental that part of its essence get's trapped in one of those empty bottles.

I'm also going to be adding a couple of bottles of essence to random loot drops, but they'll be rarely found that way (since they're only really of use to alchemists and those looking to enter through a certain sealed door).

This just seems to scream at so many other uses... drink ANY potion get an empty bottle... go to a merchant, fill up your empty bottles (script wise on a one-for-exchange basis, or something)...

No empty bottles = no potions etc...

Even with all those barmy ideas aside, being able to re-use a bottle is a great addition ... ...

This just seems to scream at so many other uses... drink ANY potion get an empty bottle... go to a merchant, fill up your empty bottles (script wise on a one-for-exchange basis, or something)...

No empty bottles = no potions etc...

Even with all those barmy ideas aside, being able to re-use a bottle is a great addition ... ...

Going to say no to this one right away.  Single use items like potions usually just get destroyed when used...it's a game engine behavior I wouldn't bother trying to work around.

Besides, I see alchemists wanting to preserve equipment they could use again.  I see potions more like those patent medicines from back in the day, when the empty bottles ended up just dropped down the hole of the nearest outhouse when used.  PCs are probably just bad litterers leaving their old trash lying around in dungeons for goblins to clean up.

I have a question for those of you who have already been experimenting with the alchemy crystals.

I made up a bunch of elemental crystals, thinking that I would upgrade my dual swords and my everfull quiver with 1d6 of all elements.  I decided to try to upgrade one of my lesser swords to 1d6 sonic, just in case something went weird it wouldn't mess up my best swords.

For that particular sword, I already had the components for a dwarf upgrade to 1d6 sonic, and now I wish I had done that instead.  I just had thought, gee maybe that would get me the same results, but quicker than trying to find a DM.  Nope.  So yeah, I didn't expect that 1d6 sonic would also get me -5 Move Silently.

My question is, for all the crystals that give 1d6 of some elemental damage, does each of those types also apply some other properties that I don't know about?  The 1d6 sonic (Crystal of Quaking) gave -5 MS, so what can I expect for 1d6 Acid, Electrical, Fire, and Cold (Crystals of Dissolution, Lightning, Immolation, and Glaciation, respectively)?  Will each have some associated detriment?

If so, I can work with it (or not), but I'd really like to know what I'm getting into before I do.

Number of posts : 1045
Age : 61
Location : Earth, Sol system, in the Mutter's Spiral galaxy
Main Character : Ramana Domefarar -
Publicly a Ranger, privately an Opportunist.
Lay Follower of Jewel,
Sensate and practitioner of the Way of Pleasure.
Other Character : Ranara Duauth -
A being created by shadow and water, a wizard.
Is actually another persona of Ramana.
Other Character. : Dae, the panther,
companion to both Ramana and Ranara,
and the best real eye-witness to the
strange circumstance of those alternating personae.
Other Character.. : The Personae of Ramana Jala
NWN Username : Ramana Jala
Time Zone : US Eastern Time
Registration date : 2011-08-29

For some of the alchemical crystals, the properties that get added are dependent on the "energy" added.

Sonic energy is sound energy.  It's supposed to be inherently noisy (humming, thundering, etc.), so I included a -5 to Move Silently checks.  A dwarf/DM upgrade will get you the sonic without the noise, since they don't use the same script.

Flaming weapons give off light.  It won't show up in the item description, but the NWN game engine does automatically calculate in a penalty to Hide checks when a character is under a light spell or using an item with a light property (such as a torch).

Electrical weapons also give off light.